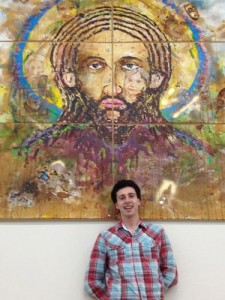 Conversation within the walls of the Great Hall once fell on deaf ears, as what is now Canadian Mennonite University was originally built as a school for the hearing-impaired. Today, students from a variety of disciplines sit in what is now called the Blaurock Café talking academics and theology over fresh, fair-trade coffee.

CMU’s mission statement is unapologetically Christian. But as a liberal arts university, the institution does not require a Christian commitment of its students. This seemingly contradictory philosophical stance stimulates debate among students with diverse convictions who enter the school community.

Some students find their faith at CMU. Others, such as 21-year-old Matt Mayers, lose it as well. He argues, however, that CMU provides a comfortable home for an atheist such as him.

His comfort level at CMU may have something to do with his Mennonite upbringing.

“I grew up Mennonite and my mom is Mennonite,” Mayers says. “My dad is kind of Jewish, but he doesn’t really care, and he went to church with us all the time. Because I was raised Mennonite, I kind of know the Christian language, you know? If someone says, ‘the love of God,’ I can translate that in my head to ‘people’s love’ or something; you know, just humanize it.”

Seated in a plush armchair in a corner of the café, the history major recounts his questions about faith in middle school, and describes his religious status in his first year at CMU as “agnostic, but wanting to be Christian.”

“After taking the classes, talking to people, praying, and talking to professors, and the essays and what not . . . during the summer I thought, well, this doesn’t make sense to me,” he says.

Mayers’s journey towards a compassionate atheism had begun.

In a first-year Exploring Christian Spirituality class, Mayers’s final essay challenged him to grapple with the question, “What is Christian spirituality?” He was able to describe what he wanted Christianity to be, but discovered that his views did not fit with what Christianity is.

“What I wanted my life to be wasn’t Christian,” he acknowledges.

At the same time, Mayers embraced values of social justice and pacifism similar to those found in Christianity. He describes the similarities and differences between atheism and Christianity in an inspiring manner.

“The goal is to love people,” he says. “Social justice, pacifism: those are identical, I feel. But then the sort of underlying beliefs that inform that are completely different. There is no God in any of that, and, from a Mennonite perspective, God is in all of that.”

Mayers explains that many students at CMU are convinced that there is neither social justice nor pacifism without the presence of God. These students tell him that he is spiritual but doesn’t recognize it.

“They take their faith and put it over me,” he says. “It’s like, ‘You’re loving and you’re this and that, you have the love of Jesus in you, but you don’t realize it.’ . . . It’s a little condescending, but I’m OK with it, and I’m good friends with people who think that way.”

Despite the occasional condescension of his peers, Mayers gracefully accepts that the community is Christian, and reflects that it need not go out of its way to accommodate him.

“It’s called Canadian Mennonite University for a reason,” he says. “It’s not that big of a deal. They’re not deliberately inclusive, like, there isn’t an atheist club or something, but they aren’t exclusive with anything either. I can go to chapel and get something out of it, or I can go to Wednesday night worship and get something different out of it than everyone else there.”

This is not to say that any atheist would be content studying theology at CMU. After making the choice to be an atheist, theology courses did less to define Mayers’s beliefs and did more to test his patience.

“Coming to CMU last year, which was my second year, the religious courses just frustrated me so much,” he says. “They were amazing in the first year, but second-year I just didn’t get anything out of them.”

These sentiments explain why Mayers, currently in his third academic year, lives on the CMU campus but is a student at the University of Winnipeg. He plans to live on campus again next year.

There is no mystery as to what is keeping him coming back. Currently dating a Christian woman, Mayers says the CMU population is home, a place to strengthen his beliefs and the beliefs of others through engagement.

Michael Wiebe is a second-year communications student at CMU. This article was written as part of his coursework. 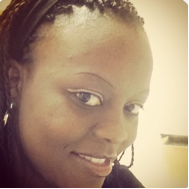 Upon entering the doors of CMU, it quickly becomes evident that the student body is culturally diverse.

With students arriving everywhere from the United States, to Kenya, to Paraguay, it raises the question: What drives students to travel such a great distance to move to Winnipeg, and more specifically, to attend CMU?

The majority of CMU students come from the Canadian prairies. Since they are just a few hours away from their hometown, they usually have the chance to visit home at least a few times during the year.

For many international students however, returning home more than once to visit family is unrealistic.

There are many sacrifices international students make in order to leave home and move to a new country, but perhaps the sacrifice is worth the overall gain.

Thinkgrace Ndlovu, a third-year social sciences student, knows exactly what it means to leave one’s family, life, and community behind in Bulawayo, Zimbabwe and travel over 14,000 km. to start a new life in Winnipeg at CMU.

Ndlovu originally moved to England upon graduating high school, where she initially planned to go to school. These plans changed in August of 2010 when her father, the president of the Mennonite World Conference, visited CMU as part of his travels.

He was impressed with the university and suggested it to Ndlovu. She adamantly refused.

However, over several days she re-thought the idea.

“My dad told me if I came to Canada, there would be more opportunities,” Ndlovu says.

Relying on God for guidance, she realized that CMU was where she needed to be.

Moving to Winnipeg for more opportunities has had its downfalls for Ndlovu. She has not been able to visit her home or family in nearly four years. However, she plans to do so upon graduating in April 2014.

The holidays are an especially difficult time for Ndlovu and other international students, who get to watch a majority of students return to their families.

“If only my family was here, I could just go home,” Ndlovu says.

But through similar experiences, Ndlovu describes the family that she has formed with her fellow international students since joining the CMU community. They spend holidays and summers. It’s a bond that few people will experience in their lives.

Loeppky explains that there is a whole other group of students who are not international students by CMU’s definition, but are either Canadian citizens who grew up in a different country, or students who have received their Canadian citizenship upon arriving to Winnipeg. These students are also in need of the resources that CMU has to offer.

Ndlovu is looking forward to the day when she will finally return to Bulawoya and visit her family.

Until then, she remains content to be in Winnipeg with her friends, who have given her a second definition for the word family.

Julia Sisler is a student at CMU. This article was written as part of her coursework.

Most people wait until summer to work on their diving skills, but not Scott. The University of Winnipeg student recently joined a local dumpster diving initiative that harvests food from the dumpsters of mid-level supermarkets.

The group – which, due to the controversial nature of its activities, will remain anonymous – focuses on a social understanding of dumpster diving, saying on its Facebook page that “it can be intimidating or hard to motivate one’s self to go on your own, so why not get together with other divers in this group?”

People post pictures of their findings, and set up outings that anyone can join. Through their efforts to “divert waste,” members of the group band together to resist the conventional economic system and make use of wasted products.

According to Statistics Canada, the average Canadian spent 15 per cent of their annual income on food in 2005. Some veteran dumpster divers boast a $0.00 grocery bill, living entirely off of what they find.

Dumpster divers are drawn in by the prospect of free groceries and the excitement of trying something completely ‘fresh’ in a society where convention can blind you from seeing a rewarding opportunity.

On a cool night, I join Scott on a dive. After the 45-minute bike ride to Winnipeg’s North End, we wait for the supermarket to close. Divers have a bad reputation at this location due to an inexperienced diver throwing garbage outside the dumpster.

Once the lights in the supermarket go off, we make our way to the bin and cannot believe the amount of food inside. We cautiously scale its walls, stepping on boxes and food items, trying our best not to damage anything.

“This is more than we can carry,” Scott says with a smile as he begins filling a box with pre-cooked frozen dinners.

“Diving is definitely a team sport,” he adds. “People get hooked on diving when they find something they love – something they can’t believe would be thrown away.”

As we continue packing food, a man pops his head over the side of the dumpster and begins to chastise us for “making a mess.”

After explaining ourselves, we quickly find out that the man, whose name we learn is Uriah, has been reprimanded for diving at this location because another diver had been throwing trash outside the dumpster, rather than into the dumpster right beside the one we are in.

But as we talk, he shares that he is on “disability” and that he dives to “save a few bucks.” He explains he’s been treated poorly in the past, which explains his initial anger at our presence. He also talks about his injured leg, which prevents him from getting in and out of the dumpster.

In response, Scott offers to load some boxes for Uriah.

Uriah gets a shopping cart, and we fill it with 24 frozen dinners, a few containers of ice cream, yogurt, orange juice, canned peaches, and rice pudding.

As we pass Uriah the food, he informs us of other diving locations.

“We need to stick together,” he says.

Once the dumpster is empty, he asks for a still-packaged baby bottle to give to his roommate “as a joke.”

As Scott and I bike back to his apartment with full backpacks, we reflect on Uriah’s needs versus our own.

“He probably has a lot more problems than we do,” Scott says.

It is 11:30 PM by the time we get to Scott’s apartment, where we wash the “dumpster dirt” off the packages and lay out the food for a picture to post on the group’s Facebook page.

Some of the food is expired, but Scott’s philosophy of best-by dates is that “you should just trust your senses.” Having worked with Scott at a grocery store in Steinbach, I agree, and distinctly recall the obligation to throw out merchandise that is perfectly edible.

Dumpster diving is a lucrative, rewarding activity that changes your perception of the food industry. You’ll find yourself both upset and thankful someone threw out your favourite dish, and you’ll be reminded that each dumpster contains only a fraction of the food wasted throughout the city.

But most of all, you will be shown the importance of a strong community to feed those who can’t feed themselves due to circumstances beyond their control.

Tyler Voth is a student at CMU. This article was written as part of his coursework.