Rony Doerksen came to CMU to complete his BA degree from Paraguay. His previous work experience includes time at the Paraguayan development organization ASCIM, and he is studying for a BA in International Development Studies at CMU.

After final exams in April, Rony travelled to Latin America to take part in a travel study course  offered as a cross listed option between the Redekop School of Business at CMU and the International Development program.

The major focus of the study tour was learning how microfinance provides loans and credit for the economically poor.

The 6 students on the trip learned firsthand how real life experience differs from the classroom but also how it enhances the learning.

Here are some of Rony’s reflections from the trip:

In conversation with staff of MiCredito (one of the organizations in Latin America the group visited) I learned that the political situation of a country can have a big influence on how successful microfinance is. The people of MiCredito were saying that the group lending model did not function very well and was not well accepted in Nicaragua because of bad political experience in the past. 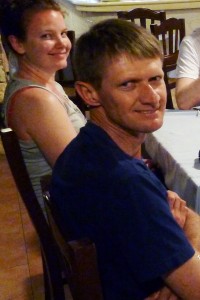 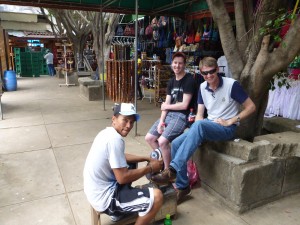 The study tour has been very enriching to me. It was a good time to reflect about the consumption lifestyle we have and also about the importance of holistic/integral development.

The study tour has confirmed me once more that the rest of my life will consist in working in development work with people who are in need. I have seen the big potential for integral development projects in Latin America, but I have also seen that a good development project should have a holistic view for helping the poor. 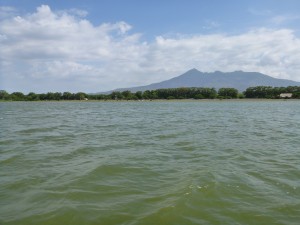 On October 19, 2011, CMU launched its new Redekop School of Business, made possible through the generosity of the Redekop family of the Fraser Valley in British Columbia.

“We are deeply gratified to announce a significant gift from the Redekop Family that enables CMU to establish its new School of Business,” says Canadian Mennonite University President Gerald Gerbrandt.

President Gerbrandt recently joined David Balzer, host of the Sunday@CMU radio program, in studio to tell the story of this gift and its significance for students.