There was a measure of accomplishment and a measure of disappointment in the weekend’s MCAC Final Four Championships at Red River College for the CMU volleyball teams, held March 4-5, 2011.

After a series of back and forth battles with the CUSB Voyageurs that stretch back several seasons, the CMU men entering as the #2 team made short work of their cross-river rivals from St-Boniface, winning 3-0 (25-21, 25-15, 25-19) to advance to Saturday’s gold medal match. The Blazers were led by Todd Reimer’s 11 kills and 3 digs and Josh Krueger’s 8 kills and 4 digs. It was a major accomplishment to play well under pressure for the CMU men and that confidence allowed Mark Kliewer’s 7-5 team to keep their foot on the pedal in Saturday’s gold medal match. 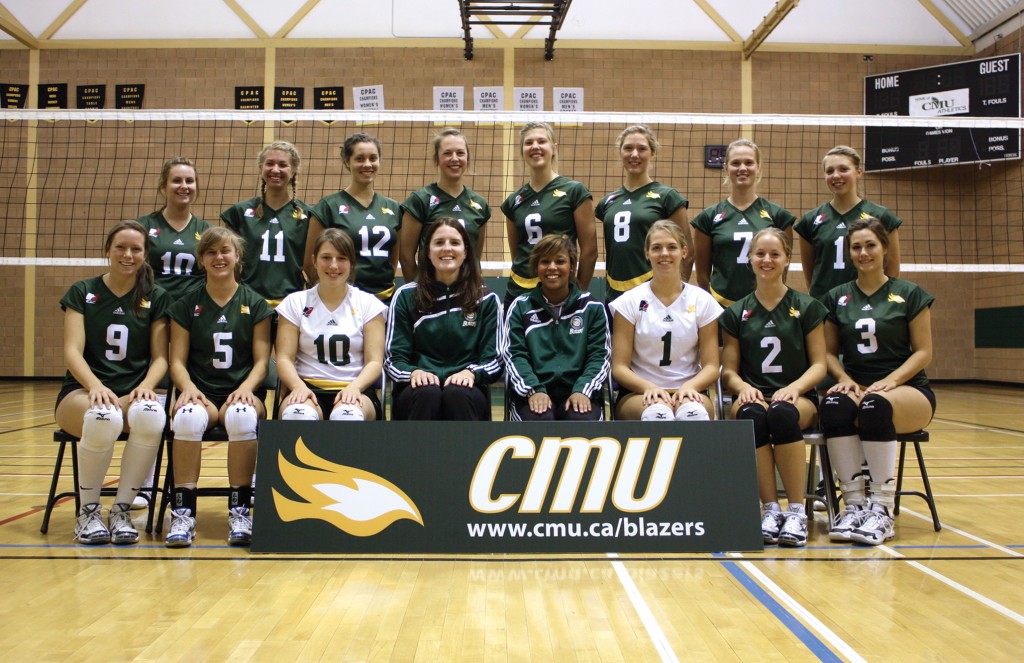 On the women’s side, CMU was the odds on favourite to comfortably cruise to a third-consecutive title. With a record of 15-1, the Blazers only loss of the season came in a tie-breaking set at Providence College in February. Their first-round opponents were Assiniboine Community College from Brandon. Despite dropping the third set 22-25, the Blazers had little trouble righting the ship in the fourth set to record a 3-1 victory and sail into the Saturday’s gold medal match – a meeting with the only team to tarnish their perfect season, Providence College.

A capacity crowd of more than 600 fans packed Red River College to witness the championship matches on Saturday evening. CMU’s women’s team jumped out to a 25-19 first set win on the back of some consistent serving from League MVP Evelyn Kampen, only to see Providence emerge in the second set with a 25-23 win. The two combatants exchanged wins in the third and fourth set, preparing the way for a monumental tie-break with the Championships hanging in the balance. Providence middle Victoria Ryshytylo, later selected tournament MVP, was the dominant figure in the final set, pushing the #3 ranked Freemen on to victory, while the defending-champions had to settle for silver.  Freemen’s Jessica Hamm and fourth-year Blazer Kirsten Hamm were named players of the game. 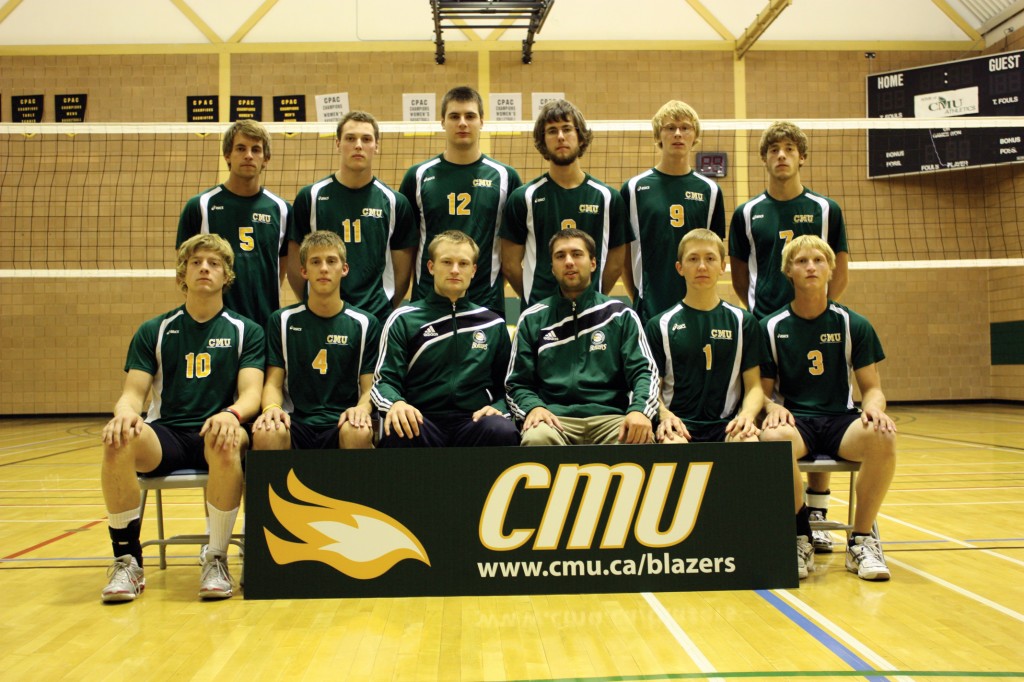 The men’s match was equally thrilling and high on confidence, CMU was certainly ready to challenge for gold. The three-time defending champions and undefeated Red River Rebels were a formidable opposition. The teams see-sawed through the first match, exchanging points, serves, and sideouts. The Rebels eventually emerged to take the first set 27-25 and a 1-0 lead. But the Blazers battled back. Great defense from Nick Reimer, Todd Reimer, and all-conference libero Josh Ewert, propelled CMU to a 25-21 win in a match delayed 15 minutes due to an on-court injury suffered by Rebel middle David Glass. Glass collided with a teammate at 17-18 and was not able to return to action until the third set. League MVP Tom Oosterveen provided the muscle for the Rebels down the stretch and despite the incredible defensive plays at the net and in the backrow, CMU was unable to get back on the front-foot. The Rebels took the third set 25-20 and the fourth set 25-15 to win gold on home court.  Rebel Tom Oosterveen and Blazer Todd Reimer were named players of the game.

Competing in the Manitoba Colleges Athletic Conference, CMU plays in a league comprised of nine universities and colleges in Manitoba and Minnesota.  CMU is also a member of the Association of Christian College Athletics (ACCA). CMU Blazer teams compete in soccer, volleyball, and basketball from September to March, playing MCAC league games as well as a number of tournaments with universities and colleges in Canada and the US.