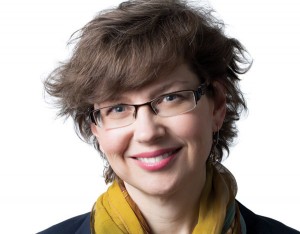 CMU Board of Governors Chair Marlene Janzen is delighted to welcome Pauls as President. “Our Board is very excited to have Pauls begin her new duties,” says Janzen, who announced the appointment in February 2012. “We are highly confident in our President’s abilities to find creative ways to strengthen and broaden our student base, programming, funding structures, and constituent relationships, and we look forward to working with her.”

“The primary imperative of my role as President of CMU is to support and sustain the impulse of the university’s mission so that it resonates both within and beyond the institution,” says Pauls. “I look forward to working with CMU’s strong team of faculty and staff, as well as its many external friends and partners to further implement the mission entrusted to this university.”

Pauls follows President Dr. Gerald Gerbrandt, who served as sole President from 2003 until his retirement on June 30, 2012, and Interim President Dr. Earl Davey, who served in this capacity from July to October, and who now returns to the duties of Vice-President Academic.

Among her first priorities will be to both sustain and bolster the strong momentum of the University’s CONNECT Campaign, which is raising funds for a new CMU Library and Learning Commons and Pedestrian Bridge. “We are halfway to goal, and have set our sights on bringing this capital project to successful completion so that we can offer these outstanding new facilities and services to students, to faculty, and to the broader community,” says Pauls.

Pauls is a graduate of one of CMU’s predecessor colleges, Mennonite Brethren Bible College (MBBC), and holds a Doctor of Musical Arts degree from the University of British Columbia. The CMU President ‘s strong administrative and leadership gifts have already been well utilized during her time at CMU, with her most recent role being Chair of the Shaftesbury Campus and member of the President’s Council from 2008 to 2012.

Formerly, Pauls served as Professor in Piano and Music Theory. She is a well-established solo and collaborative pianist, known particularly for performances of new music and for multi-media worship events. Pauls has undertaken research projects focused on the interface of studies in music theory and performance with those in memory, physiology, liturgy, and cultural expression.

One of the CMU President’s first initiatives after settling into her CMU Shaftesbury campus office in Winnipeg is to meet with various friends and supporters of CMU in Ontario and Alberta. As one of several stops on her trip, Pauls, who was born and raised in St. Catharines, ON, will pay a visit on November 3, 2012 to Grantham Mennonite Brethren Church where she grew up.

Canadian Mennonite University will hold the Service of Installation for its President on November 25, 2012, at River East Mennonite Brethren Church, 755 McLeod Avenue, Winnipeg. The service begins at 2:30 p.m.

Pauls has made her home in Manitoba since 1983. She and her husband Bryan Harder have two boys, Nicholas and William. The family attends River East Mennonite Brethren Church.