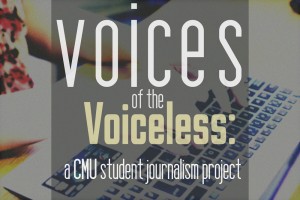 (Writer’s note: Identifying details in this article have been changed because the subject is not publicly open about his sexual orientation.)

In addition to being smart, funny, politically conservative, and an entrepreneur, Jude is also same-sex oriented, a secret he has kept from his parents and most of his community.

Now living in Winnipeg, this 25-year-old Mennonite man from Winkler, Man., has a shy and humble nature, evident in his composure as he sits in a coffee shop for an interview.

Family has always been important for Jude, who works with his parents in the family business. However, there is a tension he holds with his family that he believes can never be reconciled.

“My parents are the only people I’ve ever wanted to please, but they’re also people that can never totally accept me for who I am,” Jude says.

Jude finds himself stuck between not relating completely to his community in Winkler, and not relating with modern “gay culture.” This dichotomy has put a strain on Jude as he tries to navigate these dual lives—being “out” in his personal life, and “in” in his family and professional life.

Much of the motivation for hiding his sexual orientation comes from the stigma against same-sex orientation he sensed while growing up in Winkler.

He has no intention of ever telling his school or church friends from Winkler about his sexual orientation because he believes he would not be received kindly.

“In Mennonite families, shaming is a big business,” Jude says. “Some places have drive-by shootings, Winkler has drive-by shamings. Saying nothing about it means less shaming than acknowledging what people might suspect.”

Jude feels it’s the prospect of being shamed that colours much of his family’s prejudice against same-sex oriented people. The thought of their own son being one of these people would cause them anxiety: what would people at church think? For Jude, trying to tell his family something they don’t want to know isn’t worth the tears, hurt, and denial.

“Your parents say they’ll love you no matter what, but the thought of them knowing something like this makes me wonder, do they really?” Jude says.

Another aspect framing his family’s prejudice against same-sex oriented people is stereotypical, flamboyant “gay culture,” which Jude has no interested in being associated with.

Jude laments how LGBT Pride parades, that used to be respectable political protests, have turned into flashy displays of scantily clad folks dancing atop floats.

For Jude, maintaining a bit of humour is important. From when his mother asks him about any women in his life, to dealing with people associated with the kind of “gay culture” he wants to avoid, his mantra remains: “If you don’t laugh, you cry.”

While many same-sex oriented people often feel isolated from the church and their faith, this does not describe Jude’s experience. He finds comfort in a church congregation in Winnipeg that he feels is more accepting of his orientation.

He believes stigma against same-sex oriented persons is a product of a history informed by human beings, and not one of God.

Laura Tait is a student at Canadian Mennonite University. She wrote this article as part of her work in the course Journalism—Principles and Practices. “Voices of the Voiceless” is a class project that aims to chronicle the humanity of often-ignored people on the margins of our community.