On April 7, 2016 Canadian Mennonite University honoured Mr. Arthur DeFehr with the CMU PAX Award for a life of service, leadership and reconciliation. Alongside a remarkable career as CEO of Palliser Furniture, DeFehr has brought a formidable depth of imagination and commitment to many of the world’s most complex humanitarian concerns. The phrase, “International Affairs his True Calling,” (the title of a recent Winnipeg Free Press article) signifies the global import of DeFehr’s ongoing initiatives.

In addition to his work as CEO of Palliser Furniture, a business active in the residential furniture market, DeFehr’s interest in international affairs has led him to make significant contributions abroad over the past 45 years.

CMU President Dr. Cheryl Pauls will present the award to DeFehr on Thursday, April 7 at A Fresh Look at CMU: A Spring Evening Fundraiser in support of Canadian Mennonite University. 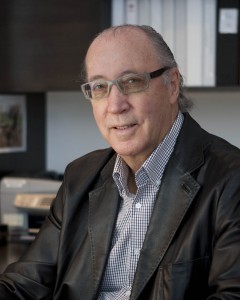 “Art DeFehr has brought a formidable depth of imagination and commitment to many of the world’s most complex humanitarian concerns,” Pauls says. “We honour him for the range of peoples and organizations that he has brought to together to make good change possible.”

The CMU PAX Award was created to respect people who lead exemplary and exceptional lives of service, leadership, and reconciliation in church and society.

DeFehr says he is humbled and honoured to receive the award.

“The Mennonite community has had many examples of individuals and groups who have contributed to peace and a better world, and it is very special to be considered among them,” DeFehr says.

Born in Winnipeg to immigrant parents, DeFehr studied commerce at the University of Manitoba. After graduation, he moved to the United States and earned a BA in Economics from Goshen College in Indiana and a MBA from Harvard Business School.

His years studying in the US included involvement with the civil rights movement, and as a pacifist, concern about the Vietnam War influenced DeFehr’s views and his career.

After graduating from Harvard in 1967, DeFehr joined his family’s furniture business and remains involved to this day.

Since 1984, DeFehr has worked as CEO. Palliser Furniture is primarily a producer and marketer of upholstered furniture with production facilities in Canada and Mexico, marketing throughout North America.

DeFehr’s success as CEO of Palliser has allowed him to focus on his passion for international affairs. His extensive travel has brought him to more than 125 countries.

In the 1970s, DeFehr worked with Mennonite Central Committee to lead a massive agricultural redevelopment project in Bangladesh after its civil war. From 1981-82, he worked in Somalia as the United Nations High Commissioner for Refugees.

DeFehr also started a university in Lithuania in the dying days of the former Soviet Union, and he helped organize, host, and fund a conflict resolution conference in Myanmar in 2013.

Closer to home, DeFehr has headed refugee programs in Canada and helped spearhead Manitoba’s immigration program, which has brought thousands of immigrants to the province since the late 1990s.

DeFehr has been active with Habitat for Humanity since its inception, and he was the founding chairperson of the board of Canadian Foodgrains Bank.

He also played an active role in the formation of CMU and continues to make a significant contribution to the university’s development.

“CMU provides a source of leadership in both action and thought,” DeFehr says. “CMU also demonstrates to the rest of Canada and the other churches that the Mennonite community is serious about its theology, and interested in being and remaining relevant in our changing world.”

DeFehr’s business acumen and humanitarian efforts have earned him a number of awards: He is an Officer of the Order of Canada, a member of the Order of Manitoba, and was named to the Manitoba Business Hall of Fame in 2015.

Last year, DeFehr and his wife, Leona, celebrated their 50th wedding anniversary. They have two adopted daughters and four grandchildren.

A Fresh Look at CMU: A Spring Evening in Support of Canadian Mennonite University is an event of story, song, and food in support of CMU. All are welcome to attend. Please RSVP by Sunday, March 20 by emailing jfriesen@cmu.ca or phoning 204.594.0517.