Raven Nickel, a CMU student in her final year of studies, reflects upon her practicum placement and the impact it has had on her life and her studies at CMU. 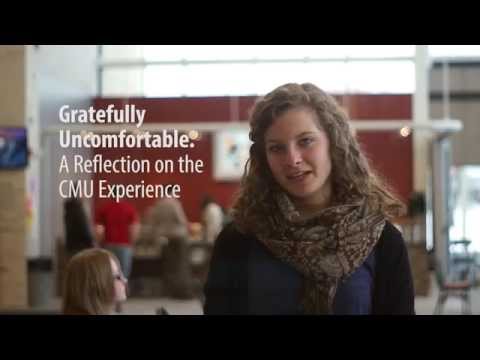 In April 2014, Scott Sawatzky graduated from Canadian Mennonite University, with a Bachelor of Arts in English and a minor in Psychology. He delivered the valedictorian address and was also awarded the President’s Medal for leadership and outstanding academic achievement.

The aspiring teacher was soon accepted into the University of Winnipeg’s Bachelor of Education program. Sawatzky, who has been volunteering with a youth group in his hometown of Niverville for the past four years, says he “absolutely” believes his practicum experience and other youth-work experience had a definitive impact on his eligibility for the B. Ed. Degree, and ultimately, his readiness for a career in the classroom:

“It was actually a little surprising to me how much they looked at it,” Sawatzky says. “Or rather how important it was to the Education Department that you had experience with youth.”

During his third year, after a recommendation from one of CMU’s practicum coordinator’s, Sawatzky requested to be placed at St Aidan’s Christian School—a funded independent middle school for grades five through nine in the Point Douglas neighbourhood of Winnipeg’s North end.

He reflects: “When it was described it to me—this little school in the north end serving inner-city kids—I thought, “sounds scary…sure! ”

Sawatzky goes on to outline the many ways in which he feels his CMU practicum experience helped prepare him for the work he plans to do, and expresses his gratitude:

“Firstly, doing my practicum at a very small, independent school helped me realize that I could teach in a variety of different contexts: private schools, public schools, tutoring agencies, etc. There are fewer limits than I’d thought.”

“Beyond that, it gave me face time in a classroom, which was very helpful. I was serving basically as a TA, so I got to enjoy a lot of positive interaction with students through learning moments, or hanging out during breaks, etc. It also put me through challenging situations, like confrontations with students, opportunities to learn from mistakes. Basically, it all helped me gain valuable experience.”

When asked why he hesitates to mention how student demographics influenced his experience, Sawatzky is very deliberate:

“I think one really important thing that placement did for me, was it saved me from any kind of Saviour complex that a teacher might be prone to fall into; and that was because I was never able to pigeon-hole these kids in my mind as “inner-city” students. While many of them had the kinds of disturbing back-stories that one might normally think of, most of the students were from basically stable, loving homes—and even the ones who were from difficulties were, between them, very diverse. I realized by the end that I was one very small part of their lives and it wasn’t up to me to make or break them, only to be as good an influence as I could in the role that I was filling. I think being forced to acknowledge each of them as unique, really kept me humble and will help me stay that way in future.”

Being a firefighter or a paramedic is difficult work – and it is work that everybody appreciates. Everyday, people in our communities are being helped by others who have this type of specialized training. But what is it that drives firefighers and paramedicas to seek out such tough careers? What drives them to go to work every day, when each time brings with it the real possibility of difficult circumstances and risking one’s own life helping others?

For firefighter Chris Thiessen, who graduated from CMU in 2005 with a three-year Bachelor of Arts degree majoring in History, what inspired him to fight fires and help people as a job was his time at CMU and his practicum at Grace Hospital in Winnipeg.

At Grace Hospital, Thiessen worked in the Emergency Room helping out in any way he could.

Though his degree doesn’t exactly fit in with his career, Thiessen said it was the community at CMU that shaped his worldview and his practicum that allowed him to take the step into his career.

“Being at CMU was a very formative time in my life,” Thiessen said.

Thiessen now works as a firefighter in Abbotsford, BC. But he has had to use his life-saving skills off the clock as well.

While on a hunting trip with his father last year, Ken, Thiessen’s quad broke down on a trail. At that moment, a man came running down the trail and begged for assistance.

The man’s friend’s had gotten into a quadding accident and had fallen off a cliff onto an embankment, leaving him badly wounded and in a serious condition.

Thiessen sent the person asking for assistance back to the camp, where there was cell reception, to call 911.
Thiessen then ran to the embankment with his first-aid kit and bandaged the injured man, stopping the bleeding. He then waited by the man’s side for more than two hours for the helicopter to arrive and take the injured man to a local hospital. The man survived.

“It was one of those situations where everything had to work out just right. It was God working in mysterious ways,” Thiessen said.

Looking back, seven years after completing his degree at CMU, Thiessen feels thankful that the career choices he made and the experience and skills that he gained let him help someone in difficult circumstances.