Refreshing Winds, Here in This Place, Worship in Context 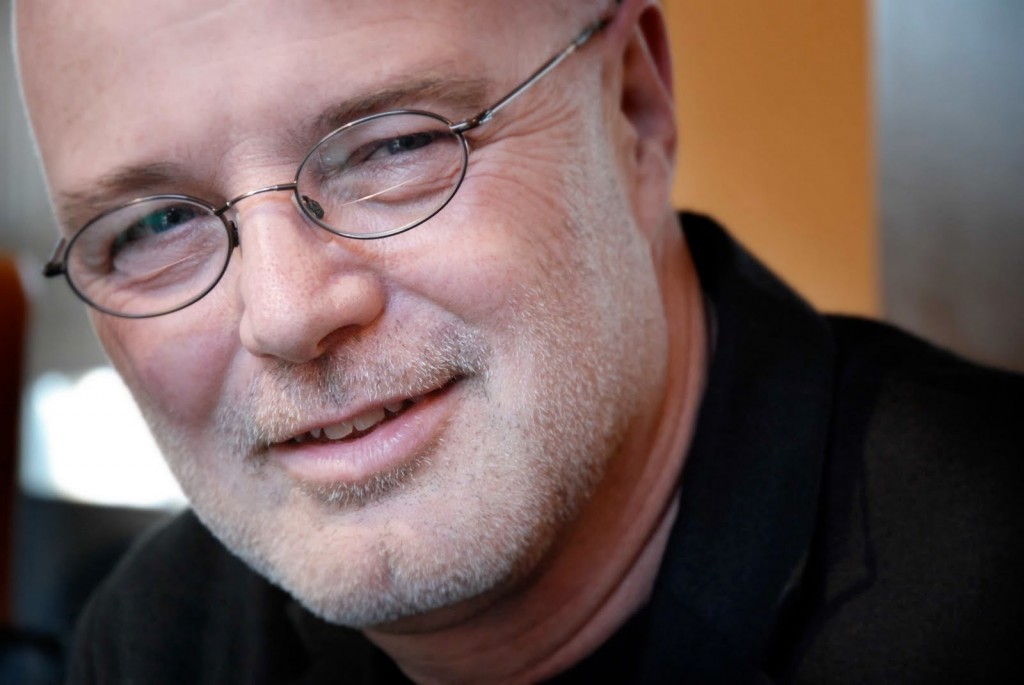 Worship always takes place, some place, some where, at some time, in some location… The theme was inspired by the title of a well-known hymn based on Genesis 28:16-17. It reminds us that God is found in surprising places. “This place” is many places, and any place on our planet, wherever people are open to being surprised by God’s presence. And wherever that place is, we are called to live our faith mindful of the culture in which we are located.

Our goal is to recognize the importance of context and culture in our worship, to explore and understand how our culture impacts us, what culture means in our theology, and how worship is embodied in location.

McLaren’s topic for Refreshing Winds was ‘Naked Spirituality,’ also the title of his next book. He suggested that personal spirituality typically develops in a cycle containing four stages – simplicity, complexity, perplexity, and harmony, which becomes the new simplicity as the cycle continues. For each stage, McLaren provided three spiritual practices that he thinks are particularly valuable in our experience of God. To hear Brian’s talks, listen to the audio files, below.

Sponsored by CMU’s Institute for Theology and the Church 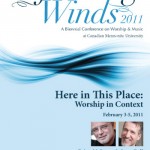 Refreshing Winds, A Biennial Conference on Worship & Music
Here in This Place, Worship in Context
With Brian McLaren and Steve Bell

Brian McLaren, one of evangelical Christianity’s most popular and provocative voices, will be the keynote speaker at Canadian Mennonite University’s biennial music and worship conference this year.

The title “Here in this Place,” reflects the conference’s focus on worship within the context of place and culture.

“‘This place’ is many places, and any place on our planet, wherever people are open to being surprised by God’s presence. And wherever that place is, we are called to live our faith mindful of the culture in which we are located,” explains Abe Bergen, chair of the conference organizing committee.

“We were looking for someone who could help us think about our place in time, our place in the world in which we live, and we thought McLaren would be helpful,” says Irma Fast Dueck, who is also on the planning committee. “He’s done a lot of thinking on contemporary culture. He’s paying attention to a shifting worldview.”

McLaren is a hugely popular and at times controversial thinker, speaker and writer on the subjects of Christianity, culture and the emergent church. In 2005 Time magazine ranked McLaren among the 25 most influential evangelicals in America. Church leaders across Canada and the U.S. are reading McLaren’s latest book, A New Kind of Christianity (2009). In it McLaren discusses the ways in which he believes Christianity needs to change. McLaren’s previous books include A New Kind of Christian (2001) and A Generous Orthodoxy (2004).

CMU president Gerald Gerbrandt says he’s excited to hear what McLaren has to say. “I am very much looking forward to the conversation with Brian McLaren. His stimulating style has the potential to generate productive dialogue among followers of Jesus as they serve his mission,” says Gerbrandt.

A conference on worship and music would not be complete without the contributions of those skilled in the musical and visual arts. Steve Bell—a Juno-award-winning singer and songwriter who writes music for the purpose of worship within the context of his community at Saint Benedict’s Table in Winnipeg—will be performing and, together with McLaren, leading worship during plenary sessions.

Other gifted musicians, theologians and artists will also be contributing to the conference by leading worship, teaching workshops and creating works of visual art. Among them is Doug Gay from Scotland, along with Christine Longhurst, Allan Rudy Froese, Marilyn Houser Hamm, Jon Ted Wynne, along with CMU faculty members.

The plenary sessions will take place in a “tabernacle,” a portable tent of worship that travelled with the Israelites through the wilderness, and stories of the Israelite journey will be reflected on throughout the sessions. Participants will also have an opportunity to visually engage the Refreshing Winds theme of “Here in this Place” through an art exhibition organized by Ray Dirks in the Mennonite Heritage Gallery.

The conference begins on Thursday evening, February 3 and wraps on Saturday, February 5 with a communion service. Participants can register at www.cmu.ca. For more information contact Diane Hiebert at dhiebert@cmu.ca.

Canadian Mennonite University (CMU) is a Christian university offering undergraduate degrees in the arts and sciences, business, communications and media, peace and conflict resolution studies, music, music therapy, theology, and church ministries, as well as graduate degrees in Theological Studies and Christian ministry. Located in Winnipeg, Manitoba, CMU has over 1,700 students at its Shaftesbury Campus in Southwest Winnipeg, at Menno Simons College in downtown Winnipeg, and enrolled through its Outtatown discipleship program. CMU is a member of the Association of Universities and Colleges of Canada (AUCC).