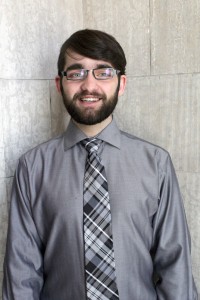 This video features Josiah Brubacher (CMU ’14) at With Gratitude, April 26, 2014, a CMU graduation weekend event at which class members share their experiences through spoken word or musical performance. The event brings together family members, graduates, students, faculty, and staff, and affords graduates a valuable opportunity to showcase what their studies have meant to them.